The team has successfully created data-driven publications, policies, and procedures that have been the driving force behind national and international regulations, as well as new medical device product development and use.

The International Healthcare Worker Safety Center was originally housed at the University of Virginia. It was the driving force behind the Needlestick Safety and Prevention Act; the first unanimous legislation ever signed into law.

The new International Safety Center is an extension of that original Center, but with new focus on injury and incident surveillance, data collection and analysis, and customized in-facility program implementation. Dr. Mitchell’s career has been focused on public health and occupational safety and health related to infectious disease. She has worked in the public, private, and academic sectors. Dr. Mitchell began her career as the very first OSHA National Bloodborne Pathogens Coordinator and has received several Secretary of Labor Excellence awards for her work on healthcare worker safety, as well as bioterrorism and public preparedness. She sat on a team of dedicated professionals that integrated the Needlestick Safety and Prevention Act into the regulatory landscape.

She has held regulatory and medical affairs positions for medical device companies and was a Senior Industrial Hygienist at the U.S. Department of Labor, Occupational Safety and Health Administration (OSHA). As a Centers for Disease Control and Prevention (CDC) National Institute for Occupational Safety and Health (NIOSH) doctoral scholar, she was able to complete her Doctor of Public Health (DrPH) degree from the University of Texas School of Public Health. She holds a Bachelor’s Degree in psychology from Binghamton University and a Master’s in Public Health from The George Washington University. Dr. Mitchell is Certified in Public Health as an esteemed member of the very first CPH cohort offered by the National Board of Public Health Examiners. 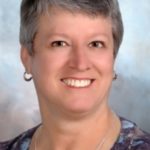 Ginger Parker has managed the EPINet program since 2000. Under her direction, the international distribution and translation of EPINet has expanded from five countries in three languages to 96 countries in 24 languages. Because healthcare practices and terminology can vary among countries, Ginger works with users abroad to customize EPINet for each country’s specific needs, while ensuring consistency and compatibility among the many versions and translations.

Ms. Parker works closely with frontline users of EPINet, including physicians, nurses, and other medical personnel, as well as representatives from national ministries of health, the World Health Organization, the Centers for Disease Control, and the National Institute for Occupational Safety and Health (part of the CDC).

She received her bachelor’s degree from Clemson University and her MBA from Auburn University.

After working as a Registered Nurse in clinical settings, Ms. Hosomi pioneered many important Safety Compliance Initiatives with the development of the Japan version of EPINet when she was at BD-Japan (1995-2007). Since 2008, she has been continuously working with the Japan Occupational Research Group for Occupational Infection Control and Prevention (JRGOICP) and Medical Companies as an independent Healthcare Safety Consultant and joined International Safety Center in 2016 as a Japan affiliate. She worked to make “Power of Numbers” (EPINet Japan) a nationwide surveillance system in an ongoing effort to make the healthcare environment for safer for healthcare workers.